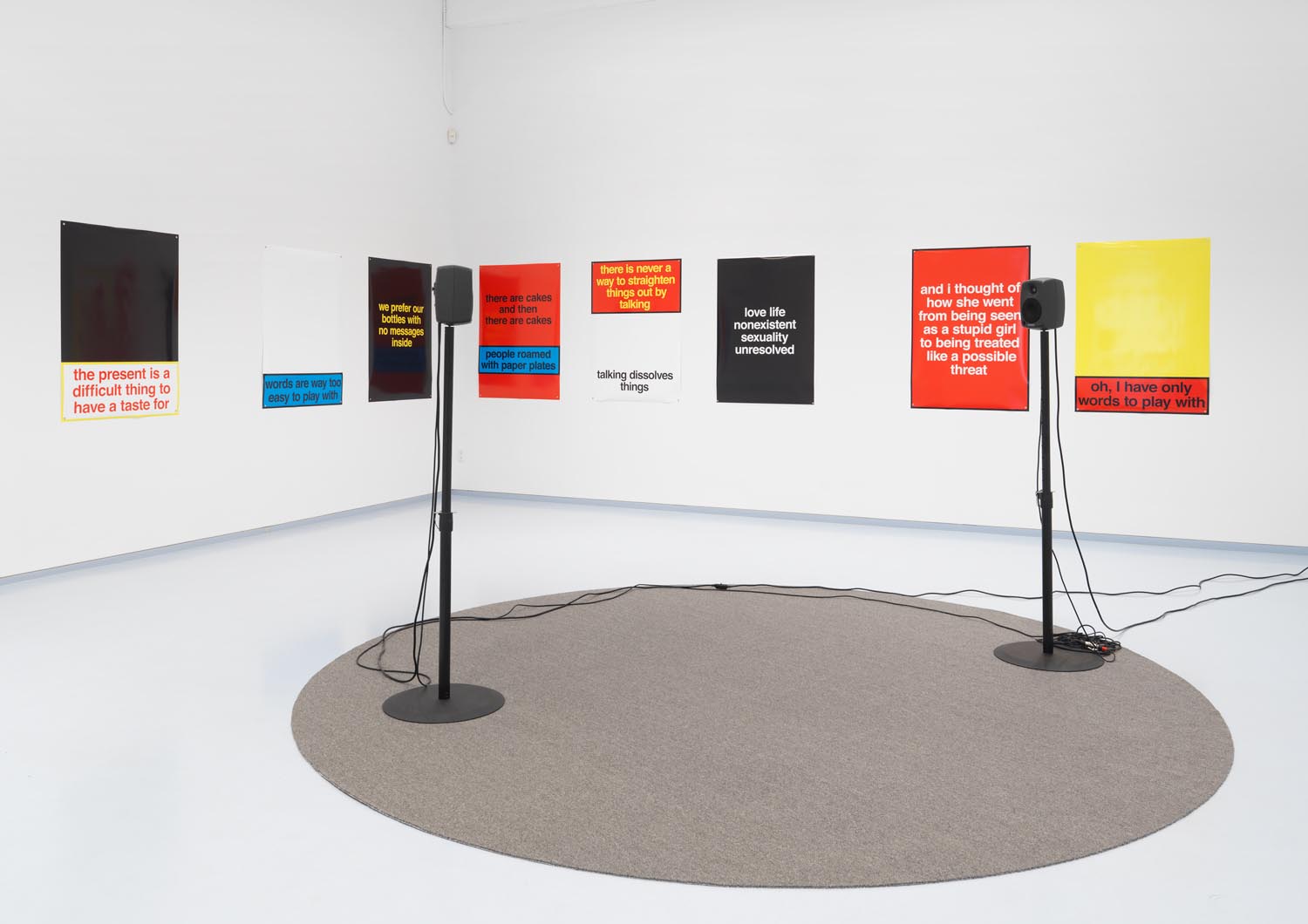 The two-person exhibition includes works by Hanne Lippard and Nora Turato. Both artists’ practices are informed by language in its many forms and formulations, in the broad realm of expressions found between speech and writing.

Using the voice as her main medium, Lippard’s vocal performance channels a multitude of alter-egos with minimal means, as every text presents a new character, partly autobiographical, partly fictional. Combining personal thoughts with appropriated texts such as advertisements, slogans and news articles, the texts become a mix of private and public language that regain ingenuity and authorship through the use of the voice, becoming a body of their own.

In her audio work ‘Bag,’ resonating from two opposing speakers, Lippard’s clear voice utters a narration consisting of introspective, mantra-like statements, accompanied by the lingering drone of a twisted ringtone. Positioned within this cycle of navel-gazing testimonies, the listener becomes directly involved in these disturbing variations of, for example, contemporary self-help affirmations, which border on a feeling of communal anxiety.

Nora Turato harnesses the versatility of language as an instrument in her spoken word displays that often blur the line between contemporary music and performance art. Through the rhythm and melody of her speech Turato accentuates the urgency of her socio-cultural themes, echoing the here and now that is consumed in the same immediacy as it is delivered.

The exhibited prints contain fragments of text from her latest performance ‘I’m Happy to Own My Implicit Biases’ that recently premiered at Manifesta 12 in Palermo. The basis for her texts are amalgams of daily conversations, literature, social media posts, politics as well as advertisting and comments sections in online forums that contain an inherent obsolecense. Appropriating the graphic style of European cigarette packet warnings, Turato challenges the concept of rendering a product unattractive through its design by informing it with her catchy and ultimately absorbing phrases.