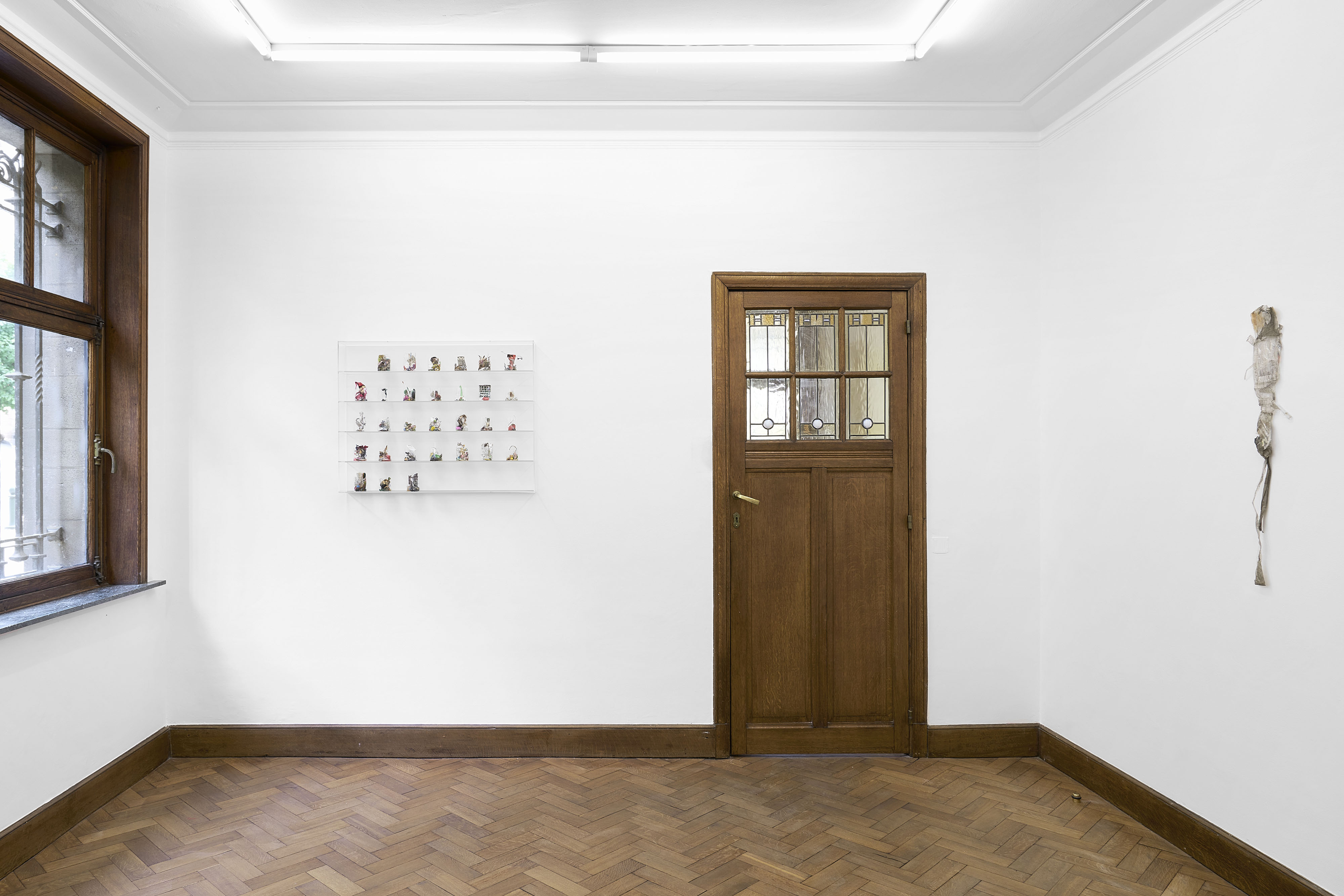 LA MAISON DE RENDEZ-VOUS is pleased to present a two-person exhibition of Yuji Agematsu and On Kawara.

Journalier contrasts two masters of the existential whose production is embedded in the everyday practice of being alive. Japanese-born, long-time resident of New York, Agematsu is known for carefully collecting and sculpturally preserving small-scale urban refuse. Materials range from everything to a banana peel to plastic bags to an old, desiccated bar of soap to objects that thwart identification. The date, time, location (some times accompanied by a drawn map) of each discovery is noted in a small notebook– a custom strongly reminiscent of the legendarily diaristic component of On Kawara’s practice. The formal presentation of Agematsu’s discoveries varies, and is liable to be a single, discrete object pinned directly to a wall, a number of objects together (conjoined not by him, but by the city) or finally his signature calendars (“zip”). His most iconic body of work, the calendars consist of a Plexiglas display case featuring thirty or thirty one cigarette packages, cellophane wrappers which individually contain whatever might have been found on the street on that particular day of a given month (which always corresponds to an actual calendar month). If each cellophane wrapper seems to comprise a rich and variegated world, then each complete calendar is the compact and vivid repository of an entire universe.

For the exhibition at LA MAISON DE RENDEZ-VOUS, the artist presents a calendar drawn in part from a two-week sojourn in Mexico City which is completed by material from the following two weeks in New York. This piece is presented along side a selection of objects and combinations culled from the streets of Mexico City during his time there in 2019. This daily practice of collection and registration is complemented by a rare, never publicly exhibited diptych, date painting by On Kawara from July 25th, 1971. Referred to as his Today series, this body of work began in January 1966 and continued until his final years. While he produced almost three thousand date paintings throughout his lifetime, he rarely produced diptychs. One of the reasons for this is because if a date painting was not finished on the day he started it, he immediately destroyed it. Therefore the production of two of these paintings on the same day, which were always meticulously hand painted without the use of a stencil, was unusual. This doubling, or symbolic accumulation, isolated from the accumulation of time and history, harmonizes splendidly across a chasm of decades with the accumulations of Agematsu. Juxtaposed as such, the singular, essentially quotidian practices of these two artists implies much with what could be argued is very little, almost nothing at all, but the stuff of time itself.