out of tune II 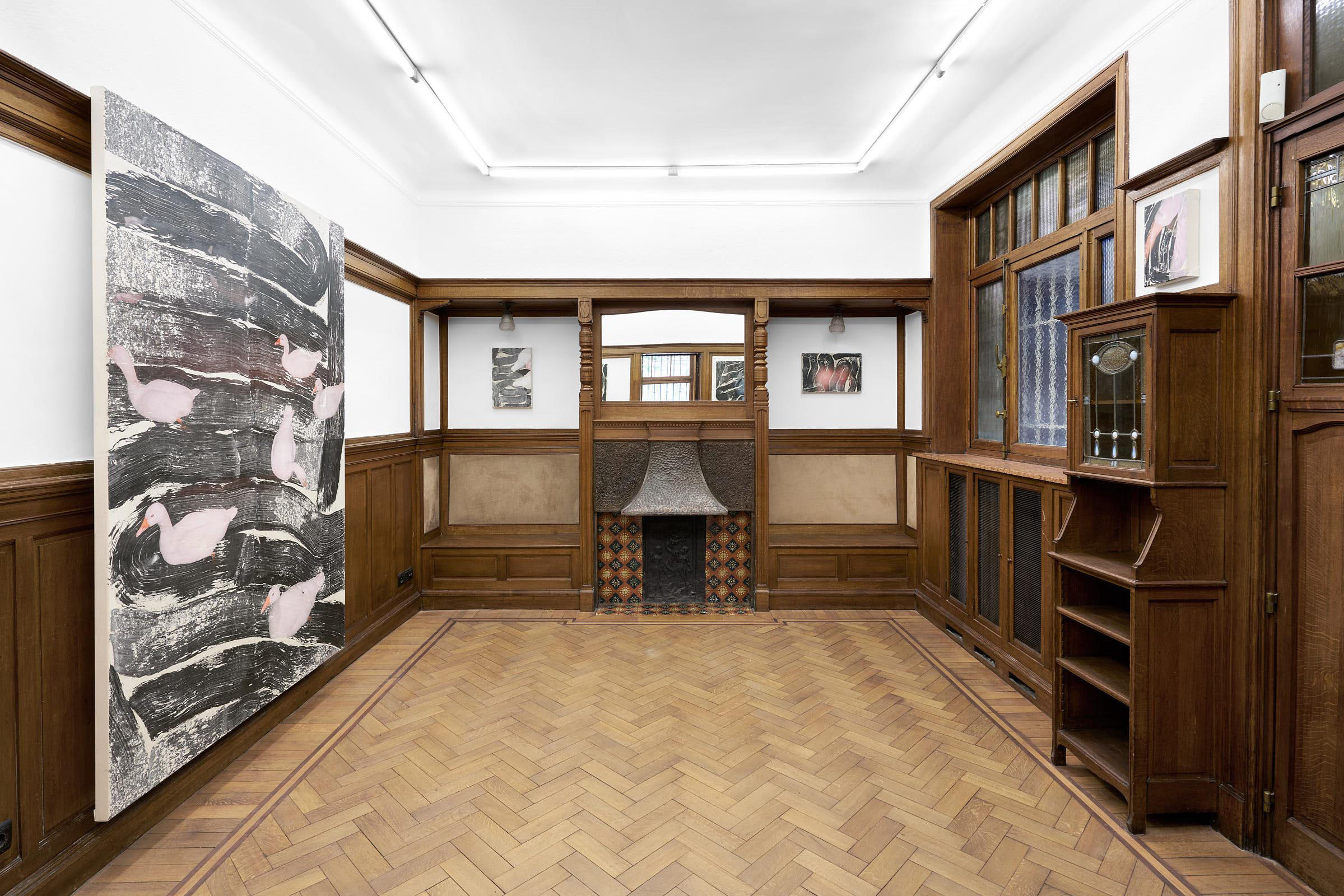 We are pleased to present Tatjana Danneberg’s out of tune II, her 4th solo-exhibition with LambdaLambdaLambda, and her first at LA MAISON DE RENDEZ-VOUS in Brussels. It is the artist’s first personal exhibition in Belgium.

The unexpected, happens in the realm of events. Action, encounter, surprise. When events occur that bring to light opportunities that were invisible or even unthinkable; they propose something to us. The philosopher Alain Badiou (1), reflects on how to activate and elaborate these incidents whilst inscribing them into the world. He suggests that every event can create a possibility which outcome depends on effort – a collective effort in the case of politics, an individual one in the realm of love or art – for this possibility to become real. Tatjana Danneberg’s practice is eventful. It unravels accidentally and it is determined by media and techniques layered upon each other. The starting point is a candid low-fi photography approach, by using cheap automatic cameras, Danneberg extends casual memories of the everyday depicting friends, acquaintances or her partner, in familiar often intimate shots. These shots purposefully reveal moments where action or the lack of it manifests. The protagonists, which identity is often difficult to recognize, are dismissing or defeating reality. We see the details of a body, people laying in bed, the back of a towel during a seaside excursion, a decisive arm holding a dog.

Is this escapism or defence?
Watching without being watched, like a spy.

Time doesn’t only apply to the sensibility of these images, but also to the different stages in which Danneberg fragments them. Characterised by a hybrid approach to making, which includes image developing, printing, transferring and painting, she fluctuates between fast and slow phases, alternating active and pausing steps. Images are enlarged and ink-jet printed on foil, the foil-image is then painted in gesso, left to dry and wet in water again to be ultimately separated from the foil and transferred on canvas. The final result is often unknown, distorted through its circuit, amplified by its different temporalities.

By applying a series of repetitive gestures, the works cohere, as if In tune with each other. Revealing a preoccupation with the nature of images and the possibilities that can unfold through their manipulation and deconstruction, a painterly attitude emerges defined by a deepen material and processual experimentation. How can we paint with images? Released through specific body movements, brushstrokes fragment the photographic image gesturally turning it into an expressive painting. The image liquifies, becoming malleable, recomposed by the body, its strength, its intuitive motions on canvas. The artist’s body becomes a decoding tool, transforming photography into painting. Historically in conflict, the representational media of photography and painting unravel their antagonism within Danneberg’s work.

Simulacra, simulation, representation. Real, unreal and the imaginary.
This is how you solve a mystery.

Titled out of tune II (a continuation of Danneberg’s solo exhibition titled out of tune at LambdaLambdaLambda earlier this year), is intended as a visual choreography. Finding forms of synchronization in the everyday, the canvas exhibited in the space are compiling a narrative storyboard. Can we read its nonlinear sense? Body details are entangled in unnatural positions, an open deck of cards is concealing a face, two figures are depicted from the back, shared and private moments are meshed into one. We wonder who these characters are, what do they feel and if they are connected, we think about the unconscious programming for our lives, the daily routines and movements. Upon attentive looking a harmonic pattern emerges through the characters, the small gestures, postures, and what is not revealed. Complexity unified and inscribed into the world. Is this the Real? If so we are curious to understand what possibilities might unfold.